Post a Story for Haiti - 'The Glassy Roll of the Eye'

Crossed Genres, the sience fiction and fantasy e-zine, have asked writers to post stories to encourage readers to donate money to charities helping in the Haiti crisis. If you enjoyed my own story (or even if you didn't) please click on the link below to see some of the charities involved and make a donation, or support any other charity you know of who are involved. There are links to many other stories on their site.


This story has not yet been published... I hope you like it. 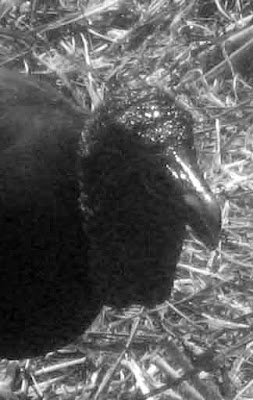 The Glassy Roll of the Eye

Louis had never broken a bone in his life and could have picked a better place than the New Mexico desert for his first experience. He’d left the motel early, hitching his way to where he’d heard there were some good rock art. The colors kept clear and bright in the dry heat, and some were as sharp as the day they had been painted.
Sketchbook under his arm, he had set out east, eyes roaming the landscape for likely material. He had filled fifteen pages when the accident happened. He was climbing down off a rock when he slipped and landed badly, feeling his ankle snap with a sickening jolt of pain. The rock hadn’t even been high.
Louis began to crawl west; splintered stones cut into his knees and palms and his ankle shot red pain down his whole body every time he moved. He calculated he had walked over five miles from the highway and the sun was reaching its highest point. He rechecked his cell phone constantly but it refused to show a signal. There was nothing he could do but crawl onwards, picking his way over the searing ground.
Panic started to creep up on him as the sun neared the horizon. He pressed on, aware that his ankle had swollen to revolting proportions.
Night fell fast in the desert and stars blazed bright across the sky; Louis could appreciate their beauty through his pain and increasing delirium. He lay on his back and rested, unable to sleep through the pain. He knew that if he continued at night he could well go around in circles.
As the dawn stretched over the horizon he continued his agonizing journey, his back to the light and his eyes fixed on the last of the stars. By eleven a.m. the earth swam in a red-gold heat haze. Louis’ vision flashed with streaks of light, then faded to black.

When Louis opened his eyes he was looking into the jagged, naked face of a vulture, its eyes rolling glassily.
“I’m not dead yet,” he spat out of his concrete mouth.
“Yes, you are,” said the vulture. “You were dead the moment you set out on this little jaunt of yours. Stupid, it was, right from the word go. You didn’t even tell the folks back at the motel where you were going. Stupid.”
“If you’re going to eat me could you at least start with my left foot? It’s killing me.”
“Oh, good: grave humor,” said the vulture. “That’ll come in handy where you’re going.”
Louis ignored the vulture and pulled himself along the dusty ground. The vulture walked alongside, keeping pace with him.
“So what do you do, anyway?” asked the vulture.
“I’m a blacksmith.”
“Then what the hell are you doing out here in this god-forsaken wasteland?” The vulture looked around in an exaggerated manner. “I’m not spying any ponies.”
“I do metal design. With wrought iron.”
“Seriously, who buys that?”
“People do.”
“How much did you make last year? I bet you still live with your folks, don’t you? And you’ve got to be, what, thirty-five?”
“Thirty-three, actually.”
“It’s time to fly the nest, Sonny Jim. My babies were kicked out the second they could flap.”
“I’m working on an exhibition. I’ve been traveling the world this year to get folkloric designs.”
“Very impressive, I’m sure. So where’s your sketchbook?”
Louis stopped for a moment and looked into the vulture’s raw-pink face. “It’s stuffed down the back of my jeans.”
“That’s got to be kinda uncomfortable and you’re hardly in the best shape. You must like your sketches.”
“I do.”
“So what about your wife?”
“My wife?”
“You’re thirty-three! You should be married, nesting.”
“Maybe later, when I’m rich and successful. I’m not quite the alpha-male type yet. Women tend to leave me when I can’t buy them dinner.”
“Then why don’t you get a proper job? At least then you’d have a chance of getting a female.”
“I’m not going to live a half-life just so I can afford to take some girl out. That’s not living, that’s existing.”
“That’s all I do,” said the vulture.
“That’s too bad. You’re missing out.” Louis lowered himself flat on the ground and reached into the back of his jeans, grimacing with pain as he pulled out the book. He flicked through the sheets then tore round one of the intricate images. He held it out to the vulture, who took it in his beak.
“That’s for your nest,” said Louis. “Your wife might like it.”
“Thanks,” croaked the vulture though the paper in his beak. He put it down on the ground and studied it. “Hey, that’s nice! I’m keeping that, it might be worth a fortune some day.”
“Droll.”
“Hey, I’m not kidding. You’ve got a talent. You’d best stop lazing around in the sun and get your ass back to your anvil or whatever you use.”
Louis rolled his eyes.
“It’s alright, not far now,” said the vulture.
Louis noticed that at some point the vulture had hopped ahead and he had been unconsciously following him. He hauled himself onwards, palms bleeding and jeans ripped to rags. His foot dragged behind him, twisted and grotesque.
Louis’ hand touched something strange and he looked up, unable to comprehend at first what he was seeing. He ran his fingers over the dark asphalt and turned to the vulture.
“We made it. It’s the highway.” And he lay his head down on a piece of frayed blown-out tire and waited for help.
The vulture watched Louis’ inert form for a while. He put the sketch down on the ground, cocking his head and regarding it with his marble-bright eyes.
“Nice. Real nice.”
He stayed there, patient as stone, until a plume of wheel dust smoked upwards in the distance, then picked up the paper and flapped his heavy, cumbersome wings, inching his way into the air in the search for something closer to death.
Posted by Jenzarina at 22:36

Email ThisBlogThis!Share to TwitterShare to FacebookShare to Pinterest
Labels: Crossed Genres, Haiti, The Glassy Roll of the Eye

Static Poetry Anthology with 3 of my poems

I am also to be found swabbing the decks over at MicroHorror.